I imagine we must all be looking on in horror at the events unfolding now in Australia. We think of the people who have lost their lives in the fires, of their families and friends, of the ruined forests and millions of animals lost.

My theme throughout this blog has been the urgency of the Climate and Ecological Emergency that Hythe Town Council has declared. What could possibly bring home that message more clearly than the catastrophe occurring now in Australia?

We all remember the disastrous fires in the Amazon a few months ago. Before that we had the terrible hurricanes destroying lives in the Caribbean and the Philippines.

Climate Breakdown means that extreme weather events will become ever more frequent and more severe as the planet’s atmosphere heats up.

We’ve been relatively lucky here in Hythe so far. We’ve had none of the terrible floods that have hit other parts of England. We are, however, very short of water here in the summers now; our streams and rivers run very low or run dry with disastrous effects on freshwater wildlife. We are also experiencing more frequent and more severe heatwaves with temperatures mounting into the mid-30s in mid-summer and sometimes staying there for days or even weeks, leading to the death or discomfort of some amongst us who are frail or unwell.

Our wildlife here in Hythe is also disappearing. I can personally remember when birds, bats, moths and butterflies were far more abundant here in Hythe. I used to see wasps, hover flies and hedgehogs frequently in my garden – but not any more.

Those who know the seas and rivers around here can attest to similar declines. Hythe used to be famous for its enormous shoals of herring. I’m told that sometimes the sea around here used to “boil” with mackerel. Big cod and codling used to be caught off Hythe. Our streams were full of trout, lampreys, and all manner of fish and eels.

Most serious of all, perhaps, is the issue of sea level rise.

Satellite pictures show the rapid decline of sea ice and land ice in the Arctic over the last 20 years. As the polar ice melts so sea levels rise. Most of Hythe is on a coastal flood plane. 800 years ago the sea came right up to Dental Street. You can still see the boulder outside Centuries at the bottom of Church Hill to which boats used to be moored.

At current rates of global warming, the sea will return to where it was, and higher, within 100 years. Our sea wall will not be able to hold back increasingly severe storm surges. The whole area around Stade Street and St Leonard’s Road will be lost. We won’t be able to defend Hythe, Palmarsh, West Hythe or Seabrook. The entire area will have to be evacuated and abandoned. Imagine the consequences of that on our society.

And this won’t just happen suddenly 100 years from now. If we don’t all act now and fight to cut carbon emissions then we’ll soon see a marked difference, 20, 40, 60 years from now.

At Hythe Town Council we are working to reduce our carbon footprint to zero by 2025. But, of course, that won’t solve the problem on its own. It’s only if we all act together, en masse, that we’ll bring about change in policies and practice. There’s still time to act. But not much.

Our young people here in Hythe know this. I attended a performance of the Lion King at Brockhill College recently with Councillor Graham and the message from the students there could not have been clearer. All the children, teachers and parents who were there that night will remember exactly what the young people were telling us: 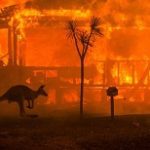 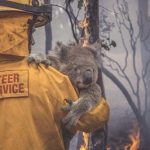 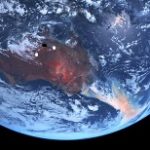