I have it from three separate sources now that I’m, apparently, planning to sell the Hythe Mayor’s chain and give the money to the Hythe & Romney Marsh Food Bank.

This is completely untrue – but what a beautiful rumour!

Thank you so much to whoever made this up and to anyone who has heard it, believed it, and repeated it. It’s a Fairy Tale version of reality but it expresses a profound truth. If I was faced with a straight choice between strutting around in a gold chain or feeding our hungry children – of course, I would choose the latter.

I’m so happy that, apparently, this is how many people perceive me and the new Hythe Town Council – radical, compassionate, and on the side of the marginalised in our society. I was speaking with the Mayor’s Chaplain, Lt. Callum McKenna from the Salvation Army the other day and he told me that demand for the Hythe and Romney Marsh Food Bank has increased – wait for it – 20-fold over the last year.

Many young families are struggling to feed their children in the school holidays because there are no free school meals.

Callum and the Sally Army and the Food Bank volunteers have started a scheme to feed whole families over this period. It ought to be a time of fun and freedom for children in the Summer Holidays and not one of hunger. Not in Hythe. Not in 2019 in one of the richest countries in the world…

So, yes, if the chain belonged to me, and if I could sell it to feed hungry children in Hythe, of course I would be visiting the Mayoress tomorrow to get the best possible price I could for it.

But this is the real world and things don’t work quite like that.

One quick question for you: have you seen a wasp this year?

I’ve seen more hover flies this year than last and more butterflies (but no Peacocks or Red Admirals on the buddleia), and I’ve heard one cuckoo at Newchurch. But I haven’t seen a single wasp or heard a single owl calling.

Hythe Town Council recognised and declared a Climate AND Ecological Crisis last week. Most of the attention has thus far been directed at the Climate aspect of this, leading to reducing our Carbon Footprint to zero by 2025 by making sure our energy is from renewable sources and by planting trees, etc. But we mustn’t forget the Ecological side.

Scientists believe we’ve lost at least half our insect population in the last few decades and the numbers of birds, bats, and reptiles etc have all crashed.

Climate Breakdown would be catastrophic, especially for Hythe – but a Mass Extinction of species would surely take our species, Homo Sapiens, down with it.

Fortunately, we’ve woken up to this now in Hythe and I sense a huge desire and energy to act before it’s too late. 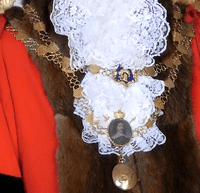