It was through a chance visit to Hythe Town Hall that retired policeman, Mr John Navarro, discovered a little known connection between Hythe and his native home, the island of Malta G.C.  Mr Navarro, who retired after 30 years serving in the police force in Kent, was visiting Hythe and asked to go into the Town Hall which was being opened for a meeting.  Whilst looking around, Mr Navarro’s attention was drawn towards a small photograph of a Naval Ship moored in a place he identified instantly.

Mr Navarro put together his findings in the article below which is now on public view next to the photograph at the Town Hall.  He said, “I felt it was important to recognise the connection between the Hythe and the role of the island of Malta G.C. during the Second World War, so that it is not forgotten.” 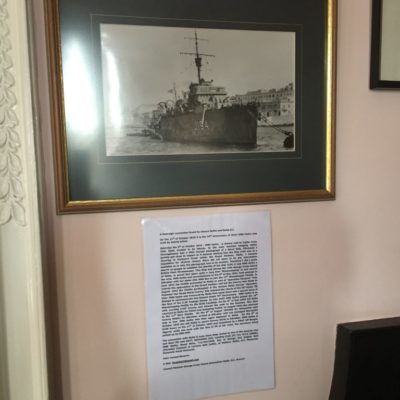 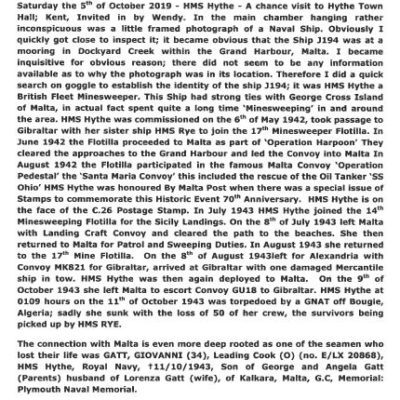