Hythe Town Council declared a Climate and Ecological Emergency in mid-2019. This set a zero carbon date for the council of 2025 at the latest. In so doing, HTC joined many councils across the country in committing to tackle the biggest challenges that we all face.

We have set about measuring and monitoring the council’s carbon footprint and have committed to report annually on progress. While there has been some delay due to Covid (we have not been able, in particular, to yet undertake a study of the energy efficiency of the council’s buildings), there has been good progress.

An easy and effective first step was to switch energy suppliers. After analysing the options, we moved from EDF to Bulb. Bulb provides 100% renewable electricity from solar, wind and hydro. Its gas is 100% carbon neutral too as it offsets the emissions by supporting carbon reduction projects around the world. It also claims to be the biggest buyer of green gas for homes in the UK so part of its gas mix comes from renewable sources, such as food or farm waste.

Not only did this significantly cut the council’s carbon footprint at one fell-swoop, it also saved the council more than £200 per year on its bills.

In terms of that carbon reduction, these are relatively early days. On a phased basis, we extracted HTC from the existing EDF contracts for each of its buildings during the course of 2020. This partial year effect reduced its carbon footprint from a high of 21.1 tonnes in 2019 to 19.2 tonnes in 2020. This will reduce to zero in 2021. Wider footprint monitoring of the rest of the council’s carbon emissions will continue, with further annual reporting.

The best carbon capture device is… a tree. We are planting lots of trees in Hythe. The trees all come from the Woodlands Trust and are part of their community planting programme. They are a mix of indigenous species: Hawthorn, Blackthorn, Pussy Willow, Hazel, Rowan, Holly, Crab Apple, Silver Birch and Oak.

Councillor Jim Martin has been busy planting along the north bank of the Royal Military Canal between Seabrook School and the Sea Road bridge; Councillor Jenni Hawkins has taken the lead with planting in Seabrook; Councillor Doug Wade has done the same at Eaton Lands.

For the Canal, as agreed with the FHDC Canal officer and the tree officer, the gaps in the trees along the canal bank have been filled in with new trees. The idea is to increase habitat for birds and insects. The target was to plant over 1,000 trees and we have already exceeded this.

Many thanks to all our volunteers that helped make it happen. 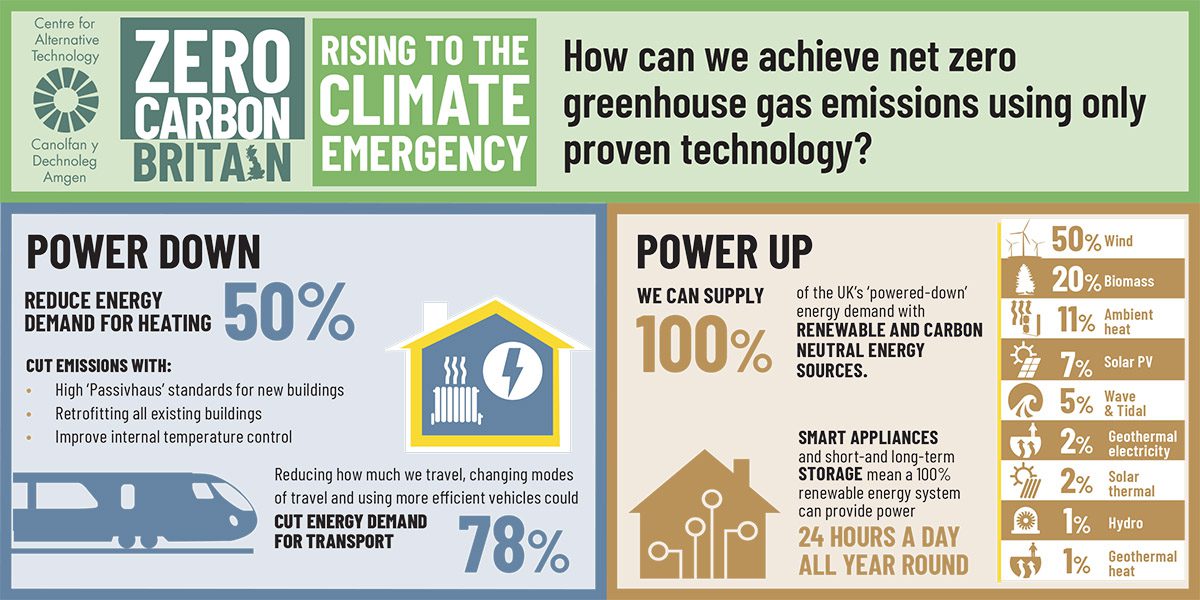 The main carbon emissions in a community such as Hythe will be buildings and transport. Our current lifestyles use far more energy than we actually need. The Centre for Alternative Technology’s 2019 Zero Carbon Britain research shows that we could reduce our energy demand by around 60%, with particularly large savings in heating buildings and in transport.

For buildings, having high ‘Passivhaus’ or similar standards for new buildings, retrofitting all existing buildings, and improving internal temperature control would reduce energy demand for heating by around 50%.

For transport, reducing how much we travel and changing how we travel – with more use of public transport, walking, cycling, switching to efficient electric vehicles and two-thirds less flying – would reduce energy demand for transport by 78%.

The CAT report concluded that this “powered down” energy demand could then be met with 100% renewable and carbon neutral energy sources.

Sixty per cent of building stock in Hythe has Energy Performance Certificates (EPCs). This means their carbon output can be fairly accurately assessed. Those buildings with the certificates generate an estimated 27,012 tonnes of carbon annually.

40% of Hythe’s stock do not have EPCs and, based on a Government average of 6 tonnes per house, generate an estimated additional 19,152 tonnes.

What can be done? At the end of the day, the UK will not achieve its Paris Agreement carbon goals if it does not address existing buildings so there needs to be strong leadership from the centre. Investing to improve the insulation of every home and providing major heating upgrades would create thousands of new jobs.

Meanwhile, there are steps that householders can take. EPCs contain graduated recommendations that highlight the ways in which buildings can be improved. Owners could pursue these and thereby improve emission levels. Owners of buildings that do not have EPCs could apply for them and subsequently complete improvements to expedite emission level reductions.

Retrofitting is a way to provide green, warm homes and reduce carbon emissions. However, the current tax system rewards new home building over refurbishment. The UK could change this by prioritising and incentivising retrofitting.

In parallel, thousands of potential homes across the country are standing empty when they could be warm, green places to live.

Refurbishment programmes and the creation of new homes would provide quality jobs. Local authorities should have the funding to make decisions about housing on the basis of the need in their area. There is the excellent but limited local No Use Empty initiative and this sort of scheme needs to be markedly accelerated.

There are 9,826 cars registered in Hythe. Based on an average annual mileage of 5,101 miles for the South-East and a carbon emission average of 141gr/km, these vehicles generate 11,791 tonnes of carbon per year. This is for cars only and excludes HGVs, other commercial vehicles and motorbikes. The figures additionally exclude visitors, couriers, utility vehicles etc.

There should not be a need to own a car to lead a full life. Existing and new developments should be within easy walking access of schools, shops and other services, backed up by convenient, affordable and clean public transport, plus electric vehicle car share.

Hythe at an approximate level for the two main sources of carbon emissions of heating and transport produces a total of 57,955 tonnes annually. This is the equivalent of planting 1.9 million trees or carbon offsetting at a cost of £348,000. An individual or household can only improve their “piece of the pie”. The real challenge is to influence District, County and Central Government strategies to deliver the greater reductions and help to save our planet. 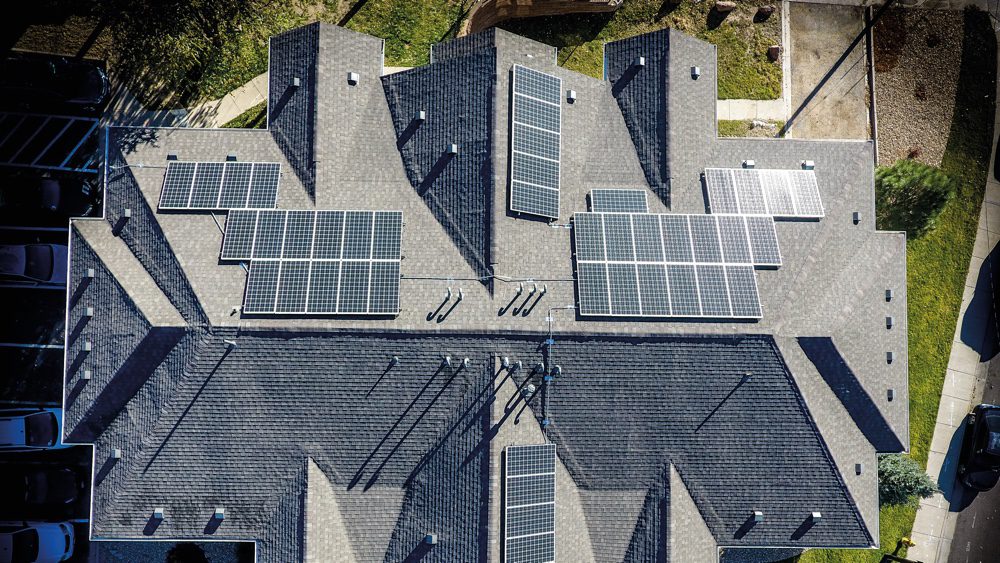 As another logical step in our climate and ecological crises response, Hythe Town Council voted to become a plant-based Council. This means that we will only serve plant-based food and drinks at all council functions.

The Committee on Climate Change recommends that people reduce their meat and dairy consumption and encourages the public sector to lead the shift to less carbon-intensive diets.

By switching to all plant-based options for all council functions, Hythe Town Council will be reducing our carbon footprint, taking a leadership and educational role, and adopting a more ethical and compassionate approach in relation to animal welfare. Offering plant-based options should not mean any additional expense to the council and can be done with an emphasis on locally sourced and sustainable choices. In addition, plant-based food can be eaten by everyone, which is not the case for non-plant-based.

Proposed new-build development in Hythe clearly has an impact as well on the town’s carbon footprint.

House tonnage to build increases to 9,135 tonnes. Car tonnage is 360 tonnes. This can be offset by planting 304,500 trees. This is based on a 2-car household which is probably the more likely.

The third scenario is the on-running carbon usage once the development is completed. Scenario 1 generates an ongoing tonnage of 360 tonnes, required an offset of 12,000 trees. Scenario 2 produces 540 tonnes, with an offset of 18,000 trees.

The impact of this development plus several others proposed means that it would be unlikely that Hythe will deliver its contribution to the UK’s Paris Agreement commitments on climate. This is estimated to require carbon reduction mitigations of 13.3% per year based on its allocated carbon budget to meet the requirement.

It is difficult for councils to enforce zero carbon, except for their own new developments (council housing, schools etc) under current planning law. Initially, under the UK government’s Code for Sustainable Homes (CSH), all new homes by 2016 should have been net zero carbon in terms of lifetime energy usage (this is different from the “embodied” carbon within the materials and construction) but this was withdrawn, much to the relief of the building sector.

Car numbers are based on the latest DVLA figures for 2019 for Hythe for each car emission group and approximated for the development based on the percentage of each group relative to the overall town numbers.

The Carbon footprint calculator at carbonfootprint.com was used to generate the tonnage per car group based on an average mileage of 5101 miles for the South East sector derived from the National Traffic Survey.

The ongoing tonnage is derived from the epcregister.com and an assumed new build house energy rating of B. This is 1.2 tonnes.

The 13.3% figure is culled from a document produced by Professors working at the Tyndall Centre for Climate Research attached to the University of Manchester under

Tree figures are based on a 30kg per tree sequestration rate commonly used on the Web.