Hythe Town Council shared with the entire nation its Annual Civic Parade and Service on Sunday 10th November 2019 at the War Memorial and was attended by the Right Worshipful Town Mayor of Hythe, Councillor Doug Wade, accompanied by Councillors, Past Mayors, Civic and Military Dignitaries.

It was a beautiful sunny day and the War Memorial was attended by hundreds of people marking their respect to the fallen. The Hythe Town Concert Band provided the excellent music and Captain Callum McKenna of the Salvation Army and Dudley Shipton, the Royal British Legion’s Padre, led the service in prayer.

After the Service the Parade marched down Hythe High Street where the Right Worshipful Mayor of Hythe took the salute. It was a wonderful turnout of veterans, local organisations, military personnel and schoolchildren.

The black and white photographs were kindly provided by Ruth Heslop 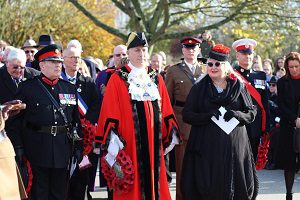 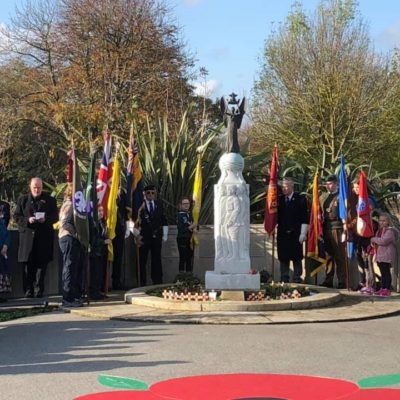